[…] Kishida, previously regarded as a “dove” within Japan’s political system, has overseen expansions to Japan’s military in the wake of crises in eastern Asia. On Friday, the country’s new cabinet approved a $7 billion increase to the country’s defense budget, covering items including missiles and anti-submarine countermeasures. That request, which would need to be approved by the Diet, Japan’s parliament, would bring the country’s total defense spending up to more than $50 billion, or around one percent of the country’s GDP.

Kishida has attempted to explain the increases in Japan’s defense budget on the rationale of the region’s worsening security environment. However, Japanese objections to increased military spending have remained strong; opponents of the new budget have claimed that the increases come as the country’s population is increasingly aging, leading to concerns that military funds should instead be spent on social services. Läs artikel

The $5.43-billion S-400 ‘Triumf’ missile systems deal will be in the spotlight during the India visit of Russian President Vladimir Putin on 6 December during which he will hold summit talks with Prime Minister Narendra Modi. […]

While the US hasn’t yet made its stand public on how it will deal with India on CAATSA as far as S-400 is concerned, the Biden administration has told New Delhi during diplomatic dialogues that it is “willing” to grant a presidential waiver to India “only” for the S-400 deal as a one-time exception, the source said. Läs artikel

Russia and a number of Southeast Asian countries kicked off their first ever joint naval exercise along the Strait of Malacca, one of the world’s most important shipping lanes, on Wednesday, Indonesia’s navy said.

The drills come at a time of growing tensions in the Pacific, particularly around the South China Sea, which Beijing claims almost in its entirety. All ten members of ASEAN, Southeast Asia’s regional bloc, participated in Wednesday’s drills. Indonesia, Thailand, Singapore, Vietnam, Malaysia, Myanmar, and Brunei provided warships or aircraft, with the Philippines taking part as a virtual observer.

The exercises will continue until Saturday.

“This exercise is about peace, stability and prosperity in the region,” Russia’s ambassador to the bloc Alexander Ivanov said in a statement.

Indonesian first fleet commander Arsyad Abdullah said the exercise would “enhance the interoperability and understanding between the Russian and ASEAN militaries.”

One analyst told AFP the exercise would reaffirm the ASEAN bloc’s principle of non-alignment, particularly given regional tensions.

“It is important for us to ensure the balance of power in our region, to reiterate that this is a non-aligned region,” Connie Rahakundini Bakrie, an Indonesian military analyst from the Institute of Defense and Security Studies, said. The bloc has previously held drills alongside the US and Chinese navies, while Indonesia and the United States held their biggest ever annual military exercise — known as Garuda Shield — in August. Läs artikel

This meeting came at a critical time.  In recent weeks, Russia has stepped up planning for potential military action in Ukraine, including positioning tens of thousands of additional combat forces near the Ukrainian border. […]

Diplomacy is the only responsible way to resolve this potential crisis.  The most promising avenue for diplomacy is for Russia and Ukraine to returnt to dialogue in the context of the Minsk agreements, which aims to end the armed conflict in eastern Ukraine.  President Putin said recently, and I quote, “There is no alternative to the full implementation of the Minsk agreements.”  President Zelenskyy has also reiterated Ukraine’s continued commitment to Minsk.

The United States reaffirms our support for diplomacy and for implementing the Minsk agreements.  We call on all sides to restore the ceasefire to July 2020 levels.  And we urge Russia to de-escalate, to reverse the recent troop buildup, to return forces to normal peace-time positions, to pull back heavy weapons and forces from the line of contact in eastern Ukraine, to refrain from further intimidation and attempts to destabilize Ukraine internally, and to leave plans for further military action behind. […]

Question: You’ve just warned Russia of economic consequences, but what exactly are those measures?  Will the U.S., for example, go as far as cutting off Moscow from the global financial system?  And since Russia has already been sanctioned and weathered those sanctions, what makes you think that Putin will be deterred by today’s warning?

Secretary Blinken:  Thank you.  Well, first, let me say that we’ve already demonstrated in the 10 months or so of this administration that we can and we will respond to harmful Russian actions: SolarWinds, election interference, repression against Mr. Navalny, and others.  Should Russia follow the path of confrontation when it comes to Ukraine, we’ve made clear that we will respond resolutely, including with a range of high-impact economic measures that we have refrained from pursuing in the past. Läs artikel

Moscow increasingly views the ‘Collective West’ as an offensive actor and the High North as terrain for NATO ‘expansion’. Norway figures as an active partner in this endeavour. For Norway, this situation is precarious: to the degree that Norway is seen as an inimical ‘NATO in the North’, Norwegian policies across a range of issue-areas increasingly risk being perceived as actions in an existential Russia–West struggle. This is worrisome because key pillar of official Norwegian policy towards Russia involves balancing NATO deterrence with reassurance. As the military/non-military distinction becomes blurred in the eyes of Russia this crucial balancing becomes very difficult – the intended ‘reassuring’ signal might not come across. Läs rapporten

Vladimir Putin has warned Nato countries that deploying weapons or soldiers to Ukraine would cross a “red line” for Russia and trigger a strong response, including a potential deployment of Russian missiles targeting Europe.

Nato countries have warned Putin against further aggression against Ukraine as foreign ministers gathered in Latvia to discuss the military alliance’s contingencies for a potential Russian invasion.

Tensions have soared following a buildup of nearly 100,000 Russian troops, as well as tanks, artillery, and even short-range ballistic missiles, within striking distance of Ukraine’s borders. […]

“You asked about Ukraine, where are these red lines?” he said in televised remarks during an investment conference. “They are above all in the creation of threats to us which could come from [Ukraine].”

In particular, he warned against the stationing in Ukraine of missile defence systems similar to those in Romania and Poland. Putin claimed they could serve as cover to deploy offensive weapons such as Tomahawk missiles capable of reaching Moscow in minutes.

“We would have to create a similar threat for those who are threatening us,” he said, warning that Russia could deploy hypersonic missiles. “And we can do that already now,” he added. Läs artikel

Thank you. You have mentioned China, and it is very interesting because tensions in Indo-Pacific are increasing and the waves are coming to this region as well. Me being from Lithuania, I can feel these waves coming. And the question is: is China enough military and enough close to NATO to react to what’s happening in China and around?

And we need to engage with China on issues like arms control. I spoke with the Chinese foreign minister and that was one of my messages, that China should actually be part of future arms control arrangements and, for instance, on climate change.

But at the same time, we need to realise that yes, China is, in many ways, far away, but China matters for our security. They will soon have the biggest economy in the world. They already have the second largest defence budget. They have the biggest navy. They are investing heavily in new, modern military capabilities, including hypersonic glide vehicles, expanding significantly their arsenal of intercontinental ballistic missiles. And of course, this is a global issue – it can reach all NATO territory. And then we also see that they are operating in cyberspace, in space – that matters for what’s going on the Earth. Also in this region, North America and Europe.

So this idea that, in a way, we can confine our security to only the Euro-Atlantic area, that doesn’t work anymore. We are an Alliance of North America and Europe, but this Alliance, this region, is faced with global threats and challenges and the rise of China is one of them. And therefore, we also need to work with partners to address that, including in the Asia-Pacific region. Läs intervjun

In his greetings to the Third Russian-Chinese Energy Business Forum on Monday, President Vladimir Putin started by praising the good relations Moscow has with Beijing.

“The relations of comprehensive partnership and strategic interaction between the Russian Federation and the People’s Republic of China are at an unprecedented high level,” the president said according to the text of the statement published on Kremlin’s portal.

Putin highlighted the energy cooperation and said it “has developed significantly in recent years.” […]

With operation from December 2017, the Yamal LNG in Sabetta on the coast to the Ob bay is partly owned by China National Petroleum Corporation (CNPC) and China’s Silk and Road Fund together with Russia’s private Novatek and French Total. China is also a major buyer of the gas shipped out from Yamal LNG along the Northern Sea Route. […]

A few hours later on Monday afternoon, Russia’s Deputy Prime Minister Aleksandr Novak said to Reuters that he expects Chinese banks soon to sign financing deals for Novatek’s Arctic LNG 2 project, the production plant for liquid natural gas from the Utrenneye field in the Gydan Peninsula, across the Ob bay from Sabetta.

The Arctic LNG 2 will have three LNG trains, with construction is being supported by Novatek’s huge Kola Yard north of Murmansk where assembly and installation of topside modules on large barges happen before being towed north to the port on the coast of the Gydan Peninsula. Capital expenditure to launch the project at full capacity is estimated at $21,3 billion equivalent, according to Novatek. Läs artikel

OSCE Chairperson-in-Office, Swedish Foreign Minister Ann Linde and OSCE Secretary General Helga Maria Schmid ”expressed concern over the systematic and unacceptable freedom of movement impediments that the OSCE Special Monitoring Mission to Ukraine (SMM) is currently facing in non-government-controlled areas of Ukraine, particularly in the Luhansk region,” according to the statement released by the OSCE Chairmanship on Saturday.

”They called for the immediate removal of the restrictions, which have escalated to a new level, effectively preventing SMM’s operations,” it said.

According to the statement, in the past week ”the OSCE SMM patrols’ movement across the contact line was blocked by armed formations in multiple locations in the Luhansk region” and ”on two occasions in the Donetsk region.” Läs artikel 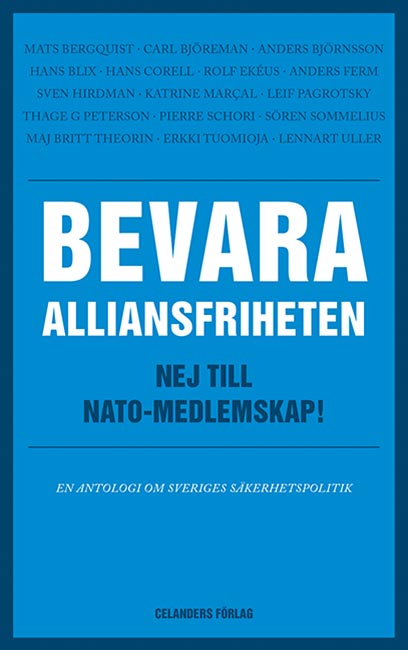 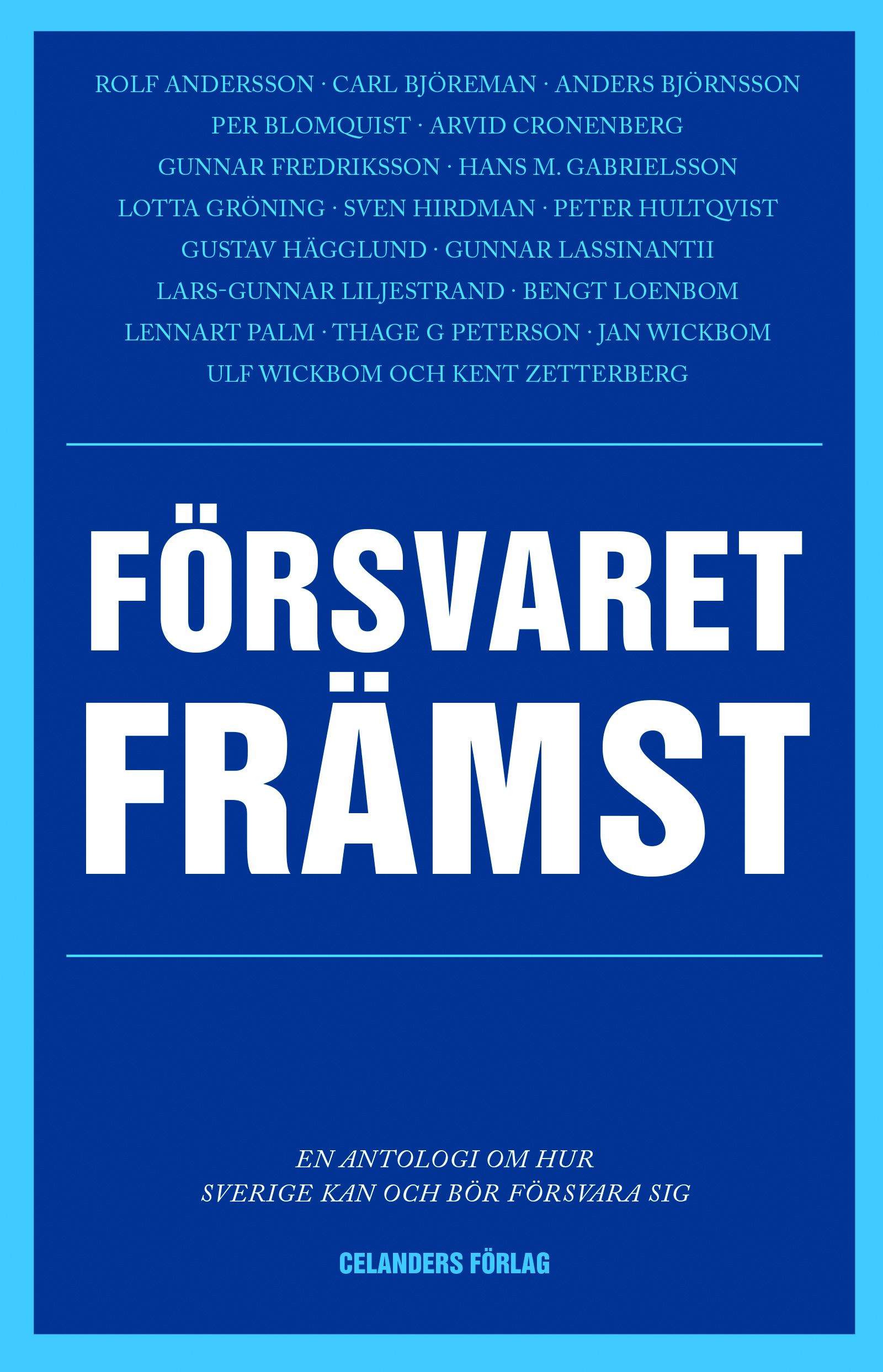