Tensions are high around Scandinavia, so also in the north: The U.S. Air Force RC-135 Combat Sent is Wednesday morning on mission over the Barents Sea outside Russia’s strategically most important navy bases for nuclear-powered submarines.

It is not known what missile shootings or other activities the Northern Fleet is doing in the Barents- and White Seas on August 26, but an American spy plane does not normally fly so close to Russian air space for no reason. By 11 am Norwegian time, the plane had made four or five circles over the waters from Russia’s maritime border to Norway in the west to outside the closed-down naval base Gremikha in the east. […] 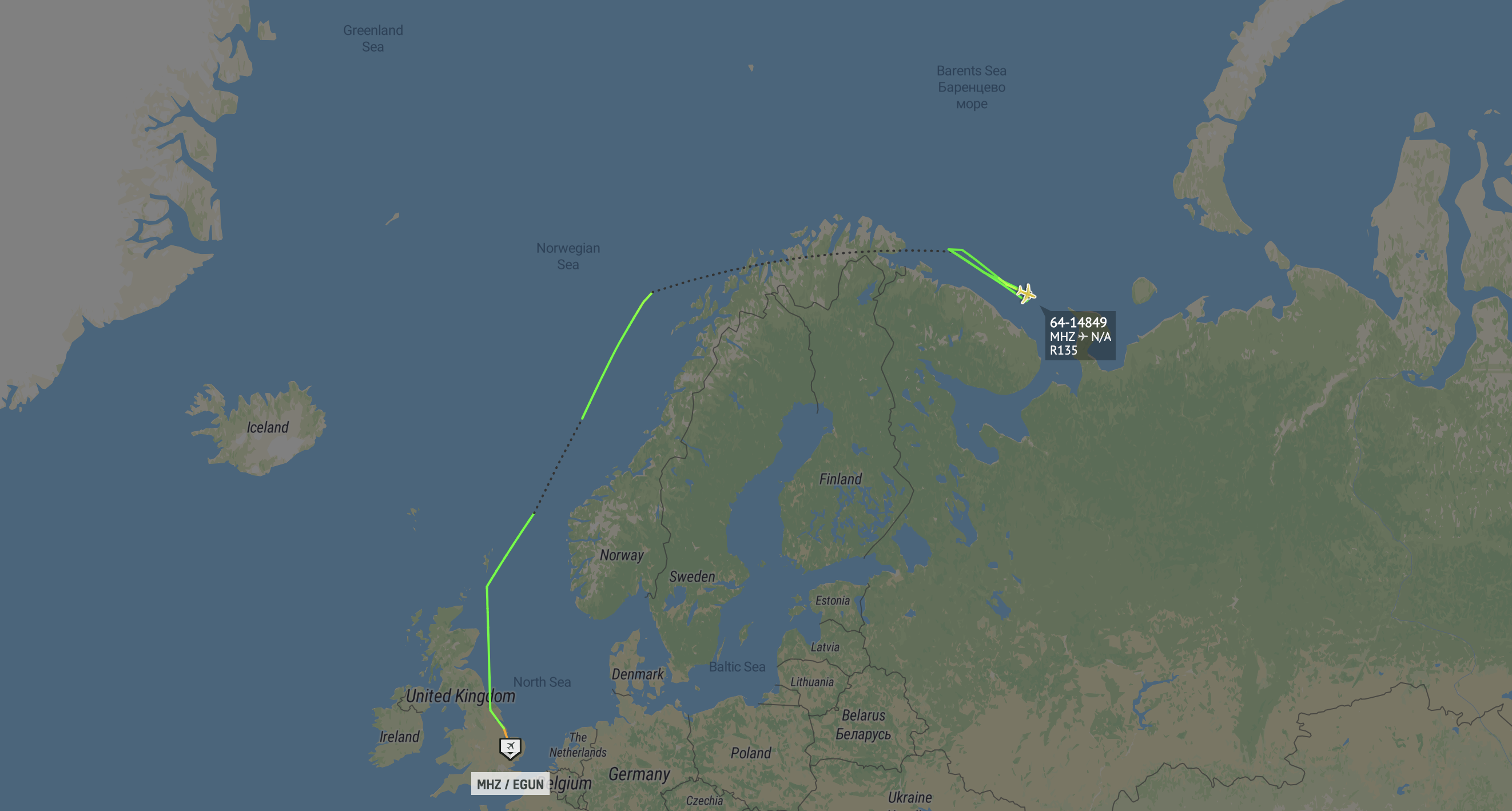 Russia’s Administration of Sea Ports of the Western Arctic has listed a few non-sailing areas for this week in the Barents- and Kara Seas, including an area marked for rocket shooting in the period from August 25-28. Another larger area is marked forbidden for navigation, but no reason are not announced. It could be an extension of a warning issued by Arkhangelsk Sea Port authorities covering larger areas of the White Sea and north to east of Cape Kanin. Warnings are issued when missile missile firings are to take place from Nenoksa test range near Severodvinsk or from navy vessels in the White Sea. […]

Associate professor at the Norwegian Institute for for Defence Studies, Paal Hilde, says allied military planes en route to the Barents Sea outside Russia are normally not flying over Norwegian air space, and especially not in the eastern parts of Finnmark region bordering the Kola Peninsula.

“Allied military aircraft are normally not allowed to fly east of 24 degrees,” Paal Hilde says, but adds that some adjustment to this rule was done in 1995. “This is part of Norway’s low-tension policies for the north, as a country neighboring Russia,” he explains.

NATO aircraft are neither allowed to take-off from Norwegian airports if flying missions into air space in the eastern parts of the Barents Sea. Läs artikel