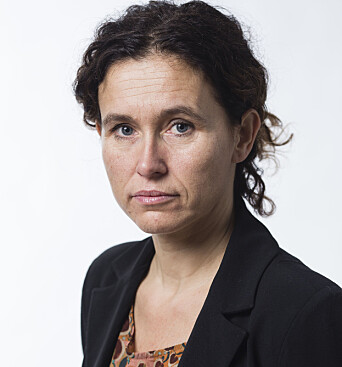 Lukashenko said that when it comes to the military component, we have a treaty with the Russian Federation in the framework of the Union State and the CSTO, that is, a Collective Security Treaty Organisation, and these aspects seem to be covered by that Treaty. Somewhat earlier he said you agreed to provide assistance to Minsk at his first request.

What is meant by “these aspects”?

Vladimir Putin: There is no need to hush up anything.

Indeed, the Union Treaty, that is, the Treaty on the Union State, and the Collective Security Treaty (CSTO) include articles saying that all member states of these organisations, including the Union State, which consists of two states only – Russia and Belarus, are obliged to help each other protect their sovereignty, external borders and stability. This is exactly what it says.

In this connection, we have certain obligations towards Belarus, and this is how Mr Lukashenko has formulated his question. He said that he would like us to provide assistance to him if this should become necessary. I replied that Russia would honour all its obligations.

Mr Lukashenko has asked me to create a reserve group of law enforcement personnel, and I have done this. But we have also agreed that this group would not be used unless the situation becomes uncontrollable, when extremist elements – I would like to say this once again – when the extremist elements, using political slogans as a cover, overstep the mark and start plundering the country, burning vehicles, houses, banks, trying to seize administration buildings, and so on.

During our conversation with Mr Lukashenko, we came to the conclusion that now it is not necessary, and I hope that it will never be necessary to use this reserve, which is why we are not using it.

I would like to say once again that we proceed from the belief that all the current problems in Belarus will be settled peacefully, and if any violations are permitted by either side – the state authorities and the law enforcement personnel, or the protesters – if they exceed the framework of the law, the law will respond to this accordingly. The law must be equal for everyone. But speaking objectively, I believe that the Belarusian law enforcement agencies are exercising commendable self-control despite everything. Just take a look at what is happening in some other countries. Läs intervjun

The EU has suspended its training missions in Mali following last week’s military coup in the West African country. Germany says some of the soldiers behind the armed takeover were trained in Europe.

The European Union has temporarily halted its two training missions in Mali after the army seized power in a coup, officials said Wednesday.

The missions assisting Mali’s army and police are part of international efforts to stabilize the West African country as it grapples with Islamist militants and a struggling economy. Following a meeting with EU defense ministers in Berlin, the bloc’s foreign policy chief Josep Borrell said he hoped the missions could resume ”as soon as possible.”

Malian soldiers took power on August 18 after detaining President Ibrahim Boubacar Keita and forcing his resignation. The coup led to celebration on the streets of the capital, Bamako, but Mali’s international partners voiced concern the fragile state may slide further into instability.

The EU has trained around 18,000 soldiers since its military mission (EUTM Mali) was launched in 2013, but Borrell insisted the top officers behind the coup were not among them.

”We don’t train the armies to be putschists,” he said, adding that the most prominent coup leader was trained in Russia, while others were trained in the UK and the US. However, German Defence Minister Annegret Kramp-Karrenbauer told reporters in Berlin that ”some of the leading figures of the coup d’etat have also enjoyed training in Germany and France.” Läs artikel