The first ships that will participate in NATO’s 2020 Dynamic Mongoose exercises have arrived in Iceland today, and the rest will arrive tomorrow. In addition to Iceland, six NATO member states will be participating in the exercises: the United States, the United Kingdom, France, Canada, Norway, and Germany. They are contributing five submarines, five warships, and five submarine search aircraft to the exercise.

The purpose of the Dynamic Mongoose operation is to “exercise submarine warfare and ASW (Anti-submarine Warfare) war-fighting for submarines, ASW surface units and maritime patrol aircrafts in order to conduct sea control or sea denial related naval tasks in preparation for future collective defence and crisis response operations,” according to NATO. Läs artikel

Stoltenberg: My message to President Trump has been, and was in that conversation, and also when the defence ministers met in Brussels, or met virtually, last week, is that US presence in Europe is good for NATO, it’s good for Europe, but it’s also good for the United States. Peace and stability in Europe is adding to the security of the United States. And we also have to remember that Europe, the US presence in Europe, is also about not only protecting Europe, but also projecting power of the United States beyond Europe, into the Middle East, into Africa. The Sixth Fleet has its bases . . . their base in Naples, in Italy. The US Africa Command, it’s not in Africa, it’s in Stuttgart in Germany. And we know that Ramstein and all these other bases in Europe, in Germany, they are important for the United States. Läs  intervjun 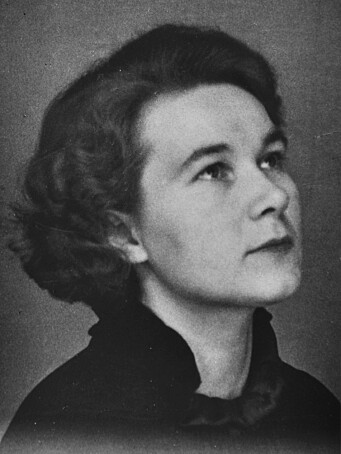 President of Russia and Commander-in-Chief of the Armed Forces of the Russian Federation Vladimir Putin attended the military parade marking the 75th anniversary of Victory in the Great Patriotic War of 1941–1945. […]

We will always remember that Nazism was crushed by the Soviet people – by millions of people of different ethnicity from all republics of the Soviet Union.

At the front and in the rear, in partisan groups and underground resistance, they fought and worked relying on their courage and unity. Having defended their homeland, they continued to fight. They liberated European countries from the invaders, put an end to the terrible tragedy of the Holocaust, and saved the people of Germany from Nazism with its deadly ideology.

It is impossible to even imagine what would have happened to the world had it not been for the Red Army that stood up to defend it.

In 1941, over 80 percent of the armed forces of Germany and its satellites were concentrated to fight the Soviet Union. But this ruthless armada proved powerless against the cohesion of the Soviet people.

It was our people who defeated the terrible, total evil, crushed more than 600 divisions, destroyed 75 percent of the total number of Nazi aircraft, tanks, artillery units, and walked their righteous and infinitely sacrificial path to the end, to their victorious destination.

This is the main truth about the war, honest and clear. We must protect and defend it, and pass it on to our children, grandchildren and great-grandchildren. Today’s military parade is a tribute to this sacred truth, to the outstanding generation of victors who determined the outcome of the entire World War II. Läs artikel

President Emmanuel Macron said Monday a standoff between France and Turkey off the coast of conflict-torn Libya was proof of the ”brain death” of military alliance NATO.

”I refer you to my statements at the end of last year, on the brain death of NATO, I consider this to be one of the best demonstrations (of this)… when we have two NATO members” in a standoff, he said.

France’s last week denounced an ”extremely aggressive” intervention by Turkish ships against a French navy vessel participating in a NATO mission in the Mediterranean, a claim Ankara dismissed as ”groundless”. Läs artikel