Western commentators were obsessed with the numbers of Russian troops being mobilized during the course of exercise and stuck firmly to the ”100,000 servicemen” narrative. But Russia proved them wrong by keeping the drills small, managed, and contained.

The real numbers are still unconfirmed, but the actual number of troops deployed was almost certainly below what was initially reported in the West. This is primarily because Zapad-2017 focused on strengthening Command and Control (C2) and integrating forces, rather than emphasising troop displacements – which had already been done during Zapad-2013.

Russia practised two of the four main types of modern warfare: asymmetric and conventional (the other two being cyber and nuclear). In the first phase of the rehearsed scenario – during which ”illegal armed groups” from Veshnoriya ”penetrated” Russian and Belarusian territory – Russia and Belarus tested troop deployment, the setting up of advanced field posts and C2 components, as well as integrating forces ahead of a joint counter-offensive against a more conventional enemy, which took place during the second half of the week’s exercises…

It did not rehearse a total war scenario but rather showed it is ready to raise the cost of deterrence in order to win while also imposing a tremendous cost on an invading army. Veshnoriya did not stand a chance.

Furthermore, intimidating NATO while bolstering Russia’s sense of military power on the home front allows Moscow to use supposedly increased insecurity in the West and the shared neighbourhood as a credible deterrent. Deterrence is one thing, but if you can prove to your enemy that their incursion will result in a catastrophe, you create insecurity among your opponents – and your neighbours.

Zapad showed that any army seeking to burst Russia’s A2/AD bubble would bear a high enough cost as to be effectively beaten. At the end of the day, Russia demonstrated that its borders with Eastern Europe are not only conventionally tough to breach but also benefit from solid anti-access capability to deny entry to enemy forces – not just geographically but also on many strategic fronts, from space down to the sea. Läs artikel 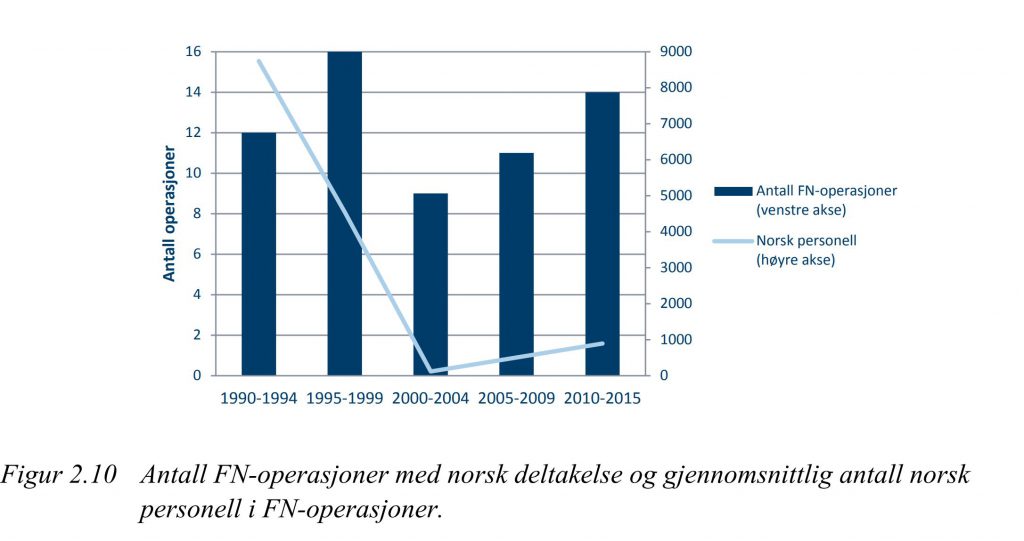 n 1954, former Secretary-General, Dag Hammarskjöld, stated that ”the United Nations was not created to bring us to heaven, but to save us from hell”.

The need for a United Nations that seeks to save us from humanity’s worst impulses remains. However, in these days of uncertainty we must also learn from – and build on – what is positive in our world, and in the United Nations.

In his important address on Tuesday, our Secretary-General laid out the threats and challenges we face; and how we can overcome them. Delivering a peaceful and prosperous future will depend on collective action. This is the moment for multilateralism, not unilateralism. We must grasp it or risk the consequences. Läs talet

…In this context, I would like to refer to the United Nations Conference to Negotiate a Legally Binding Instrument to Prohibit Nuclear Weapons, Leading Towards their Total Elimination, and the adoption of the Treaty on the Prohibition of Nuclear Weapons, which was indeed a collective protest to the violation of obligations and unequivocal commitments of the nuclear-weapon States on nuclear disarmament. As an active participant in that conference, Iran voted in favor of the Treaty on the Prohibition of Nuclear Weapons and will continue to support its overall objective. Contrary to some arguments that this treaty will undermine the Treaty on the Non-Proliferation of Nuclear Weapons, Iran is of the view that it will reinforce the nuclear disarmament regime. Indeed, what have undermined so far and continue to undermine the realization of the objectives of the NPT is nearly 50-year non-compliance of the nuclear-weapon States with their nuclear disarmament obligations under its article VI.Iran stresses that Article VI obligations are quite clear and its implementation is neither optional nor conditional to such concepts as “strategic stability” or “international security environment”. The Treaty contains two explicit obligations: the obligation to prevent proliferation of nuclear weapons and the obligation to disarm nuclear weapons entirely. They are inherently linked and designed to serve one objective i.e. no one should have nuclear weapons. We warn that non-implementation of article VI will continue to challenge the very foundation of the NPT, tarnish its credibility and undermining its effectiveness. Läs talet